This article is in response to the report by TOI (https://timesofindia.indiatimes.com/city/pune/across-pvt-schools-teachers-here-today-gone-tomorrow/articleshow/93699202.cms) where they have mentioned the table given below (Ten points with respect to the problem to teacher retention), but does these issues highlight the problem?

Sad is not that the situation of private school teachers is pathetic. Sad is that even teachers and journalists are not able to comprehend the reason for their pathetic condition.

“Here Today, Gone Tomorrow” is one of the most sought phrases to highlight the issue of teacher retention in western nations, but when their teachers leave the teaching profession, they leave it altogether for a much greener pasture.

How many Indian Private School Teachers could ‘afford’ to move out of the system and get a new job in corporate? Teachers joining companies like Lead, Next Education (or in past like Educomp, Everonn) are only able to join these companies because these companies are also in “School Education” itself.

One could read the top ten problems mentioned here by TOI, but are those problems actual problems?

There is a very popular saying in Sales job “gainde ki chamdi honi chahiye, sales job mein” (One needs to have the metaphorical skin of rhinoceros to be able to float in Sales Job”), “Dogs and Salesman are NOT allowed” (a popular note on colony gates). Anyone who drops out from a Sales job does so in the initial 1 – 2 Months itself. It is very rare for a person to shift from a Sales job altogether because of his frustration with the job. While I was into Sales, more than a decade back, my monthly earnings were far higher than the salary that I could afford to pay myself now. Salesperson stays because they are considered prime cause for the thing that is being sold, and thus paid handsomely. Cut to the present time, Zomato doesn’t need a Salesperson, presently, Byju pays pathetically to a salesperson, in comparison to the 2000s, because now even sales function is taken care of by either Shahrukh Khan or Electronic media. What happened is that the entire ecosystem/ecology of business changed, and this impacted heavily on the Salesperson.

Till Primary Grades 100% of teachers are women, and even in Secondary Grades, the women rule the roost. For becoming a private school principal, still, the topmost marks are allotted to a woman, who is fair (disguised as presentable), possesses sales skills (disguised as communication skills), (and in Metro cities accent free ENGLISH speaking) why?

So, in the era when we are still struggling for Gender Equality, having women a great avenue for employment should have turned out to be positive, then why it didn’t?

1. Women were “allowed” to be into School Education, because it was considered a function of “Love and Care” (which of course it is), and “women” are assumed to be “natural” at it. Being “natural” at any function doesn’t require one’s effort, and if one is not supposed to be putting any effort should one get paid? Let us extend with one example – If a male teacher talks in a soft tone, and behaves lovingly, he is praised- “abc Sir is so sweet”. But if a women teacher is found to be talking in a soft tone, and behaves lovingly, is considered to be inefficient for a teacher job, cannot command a classroom, lacks leadership, why?

2. Women working in Schools are not regarded as “sole earner/earner of bread and butter” for the family. It is considered that a woman has joined the teaching profession, because she- completed B.Ed. in the early times of marriage, took a gap to raise children, and now is joining here because her husband is based at this location. Ahh! she doesn’t have any other options.

3. It is completely expected by the school that the women will leave, either due to marriage or due to husband. When women are already expected to do something, does ‘doing that thing’ could cause any mental frustration? NO; for some time, it may challenge the administration, but there is no actual frustration in the owners of that school.

What do “schools” sell? – Building, Real estate, Technology, Bus, and some branding (associated with xyz company which is advertising or considered to be providing some value addition).

Does anyone sell “that particular Teacher” (like we see in the cases of Coaching, Hospitals, Unacademy)?

The Indian Private School Teacher has been relegated to the level of a ‘waiter’ in a highway Dhaba, who matters nowhere, yet whenever some mistakes happen that humble waiter would be shouted at and slapped. (Please see that I have equal respect for both the waiter and the teacher, and I am not undermining any person’s work, I am just creating an equivalent metaphor. The same ‘waiter’ is paid in Lakhs in Taj and Radisson, and also gets promoted regularly).

In one line, do we expect the ecology/ecosystem of Indian Private Schools to change? – NO; that’s it, that was the point of this entire discussion.

Now, coming back to the points highlighted by the TOI report –

Let us investigate the 10 points mentioned by TOI, as a teacher.

One may note that Points- 1, 4, 5, 7, and 8, relate to the training on the curriculum (education) part of the teacher, and points- 2, 3, 5, 6, 8, 9, and 10, relate to the Social Emotional Learning (training on SEL) part of the teacher. Clearly, these points are easy to conquer because the Private School could easily hire any trainer in this regard, thus these are not the actual reasons. The reason is much deeper than what is highlighted by the TOI report mentioned at the top of this article.

But the problem relates to the ecology/ecosystem, and it will NOT change, until we all change. 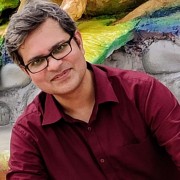 Rewati Raman Vishewar, the author of this Article, has been working in the Education sector since 2003. He has worked for private education companies and has also worked in NGOs/CSOs/Govt sector. Presently his active area of interest is in Preschool to Primary Grades in the areas of Curriculum, Training, Assessment, and Research. He has worked on several researches and had also conducted a Six-Months research (unpublished) into Multi-Grade Multi-Level Curriculum for children from underprivileged/low Socioeconomic families.

A confirmation email will be sent. You need to confirm your subscription through that. If you don’t see this within a couple of minutes, make sure to check your promotions/spam folder.

Socioemotional development in early childhood definition, examples, activities, that may be included in the curriculum

Use 3 C’s with reading books to improve creativity among children : important for story time, circle time

How to use Project Based Learning and Activity Based Learning to deliver the thematic concept of ‘Me and Myself, My Family & My Friends’ at School, Preschool and home

Rewati Raman Vishewar, the author of this Article, has been working in the Education sector since 2003. He has worked for private education companies and has also worked in NGOs/CSOs/Govt sector. Presently his active area of interest is in Preschool to Primary Grades in the areas of Curriculum, Training, Assessment, and Research. He has worked on several researches and had also conducted a Six-Months research (unpublished) into Multi-Grade Multi-Level Curriculum for children from underprivileged/low Socioeconomic families.
Categories
Facebook Twitter LinkedIn Messenger Messenger WhatsApp Telegram
Back to top button
Close
Close